Beginning in the 15th century, explorers returned from the far north with wild and mysterious tales of a distant land inhabited by violent hairy dwarfs and unicorns, mysterious ghosts and ice fortresses.

Thule (Far North) began to be considered the most fantastic of all mysterious places. Many poets – from Virgil and Pytheas to Henry Woodsworth Longfellow – have described this country in their works.

The Weimar Republic made it the basis of myths about the Nordic origin of the North Germanic peoples. rock bands from the 70s. used her images as a loud call for youth to protest.

Not even the power of advanced technology could dampen the myth of Greenland. This island, and especially its territory Ultima Thule, is still a land of fantasy and myth.

Aurora borealis, endless tundra, sparkling columns of ice rocks and giant glaciers from which icebergs break off, cold, snow huts ʻigloos`, dog sleds and the Inuit, known for their silence – this is the only way to describe the mythical Greenland.

Of course, it is worth visiting a country where a mysterious mirage of an entire city can appear out of nowhere from the crystal air or something on the horizon turns into a magnificent sailboat. 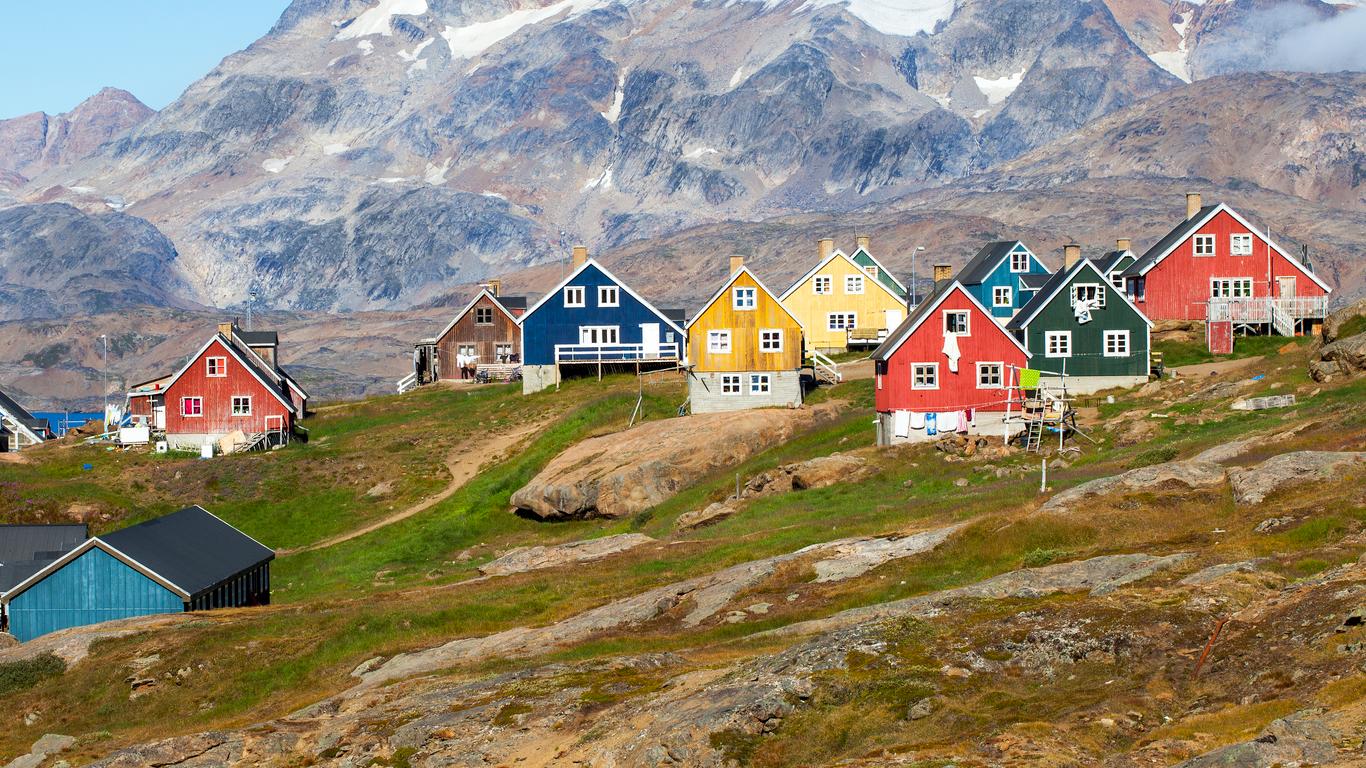 In the past, a colony, and since May 1979 – a self-governing territory within Denmark. The legislature is the parliament, which elects the executive body of local self-government, the Landsting.

Denmark remained in charge of foreign policy, defense, justice and finance. The people of Greenland elect two representatives to the Danish parliament, the Folketing.

Currency. The Danish krone (Dkr), which is equal to 100 øre, the Faroe Islands krone (Kr) is used to a limited extent.

This country is so northern that its inhabitants are the first on the planet to see Santa Claus flying over the rooftops. Greenland looks like a witch’s shoe, lying on its side with its heel to the Arctic polar cap, its tongue turned to the Denmark Strait, and its toe buried in the Atlantic Ocean.

More than three-quarters of the country’s territory is covered with ice. The constant pressure of the significant weight of all this ice mass has caused the middle part of the island to *sag*, thus forming natural pools, the depth of which reaches 360 m below sea level.

Crystalline ice columns rise above the surface of the earth, sea waters are full of icebergs breaking off from huge glaciers, and fjords, deeply cutting into the coastline, form a bizarre ligature.

If there was a global *defrost* button that would be able to melt all the ice in Greenland, then coastal houses around the world would be flooded.

The specific geography of Greenland and its proximity to the North Pole are the cause of a number of natural phenomena, the most impressive of which are the northern lights and the Fata Morgana (optical illusion effect, mirage).

The aurora borealis, a curtain of colored lights dominated by pale greens and light pinks, is the result of charged solar particles colliding with the Earth’s atmosphere.

While the play of light is a mesmerizing act, Fata Morgana is a serious danger. Reflections from water, ice and snow, along with changes in temperature, give rise to the illusion of a material body.

From here came ancient tales of ships sailing on ice, big cities standing in the middle of the void, and green forests suddenly appearing and disappearing on the horizon.

If you think nasty cold weather and long polar nights with no sun at all are not for you, then aim for a trip to Greenland during the summer months – from mid-July to the first week of September.

For the inhabitants of Greenland, this is a golden time: the days are long, the tundra is covered with wild flowers and red berries, the air is filled with the spirit of prosperity and contentment. 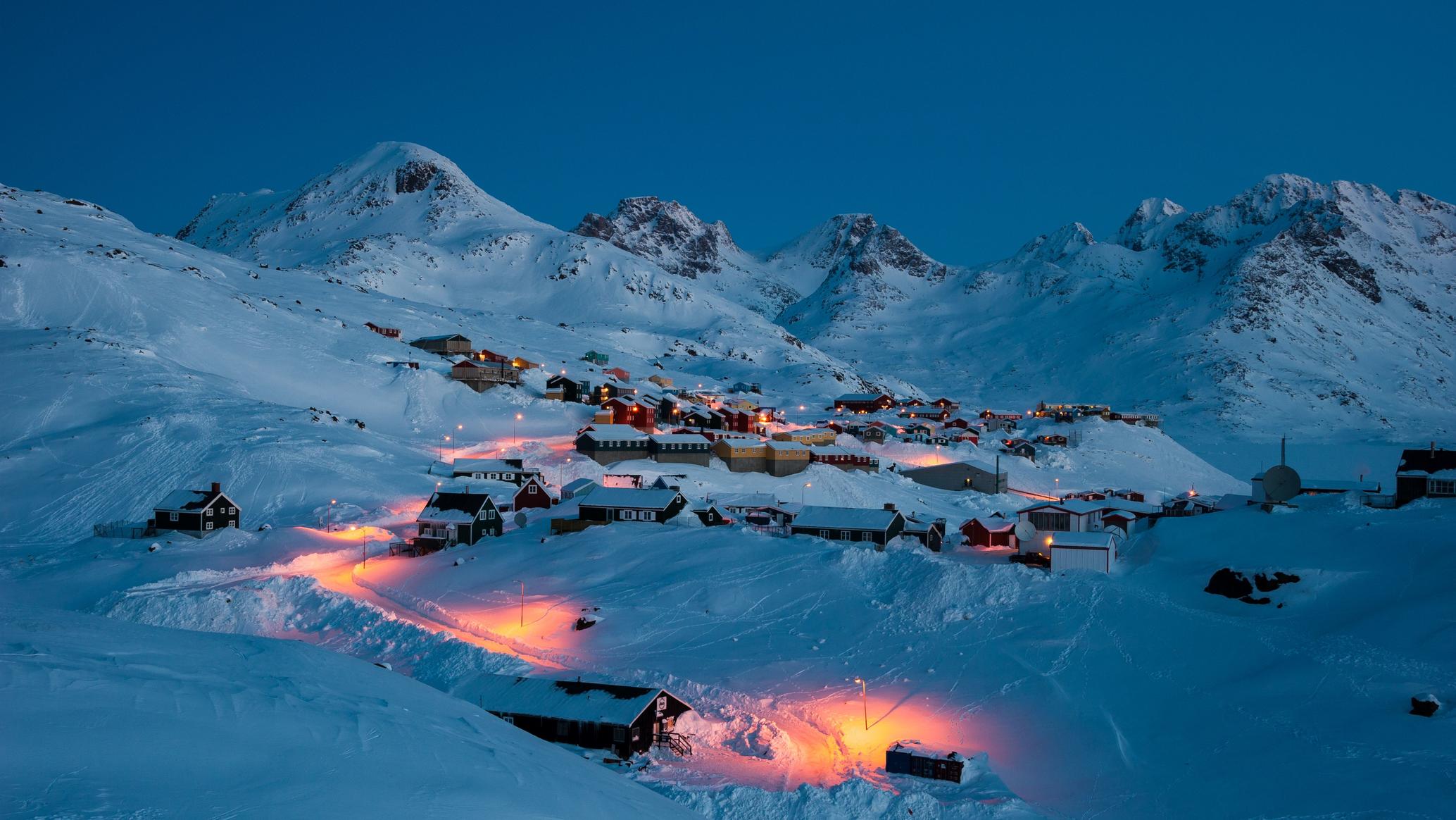 The reverse side of the fabulously beautiful polar summer is the dominance of mosquitoes, from the end of June to August.

If you happen to stay here until October, you will be able to see the northern lights, although it sometimes happens that these lights of the “northern dawn” can be observed already in August. Literally all the main Greenland holidays and events take place during the summer months.

Greenland is a majestic cold island, and everything to know about it is amazing. Few people know that the land of unblemished beauty is green grass, heavy ice floes, piercing wind, tightly forge the earth.

A skinned person, unfamiliar with natural beauties, wanting to visit Greenland once in a lifetime and care for them with their eyes.

The total length of the coast of Greenland is about 39 thousand kilometers, which can be compared with the length of the Earth’s equator.Such a large number is due to the fact that the Greenland shores are cut by a huge number of fjords.

Greenland translates as “green land”. The island got this name because the pioneers saw the island in the summer and from the side where there is no solid ice cover.Fun fact – Iceland, whose name means “ice land” looks a lot less like a solid block of ice than Greenland.

If all the Greenland ice melts completely, the level of the world’s oceans will rise by seven meters, which threatens a major ecological disaster.The thickness of the ice cover is on average one and a half kilometers.

It is here that Jakobshavn is located, the fastest glacier in the world – it moves at a speed of about thirty meters per day.Traditional Greenlandic cuisine consists mainly of variations on the theme of raw fish.