The island of Tristan da Cunha is unique.

It is the most remote inhabited island on Earth. The shores of the African mainland are 2700 kilometers from it. And the closest neighbors are only on about.

Helena, on the same sparsely populated, but more than 2 thousand kilometers to them. There is no airport here, and if you miss a ship to the mainland, you will have to wait several months.

In fact, Tristan da Cunha is an archipelago that bears the name of the only inhabited island. The island belongs to the UK, but is not part of it.

Tristan da Cunha is a piece of land with an area of ​​less than a hundred square kilometers, in fact, the top of a volcano that emerged from the waters of the Atlantic Ocean a million years ago.

Almost the entire territory of the island is occupied by a dormant volcano, rocks, ravines, and only in the northwest has nature created a small and relatively flat plain.

The island was named after the Portuguese discoverer. The navigator Tristan da Cunha discovered the archipelago back in 1506 and named it after himself, but he did not land on the shore. 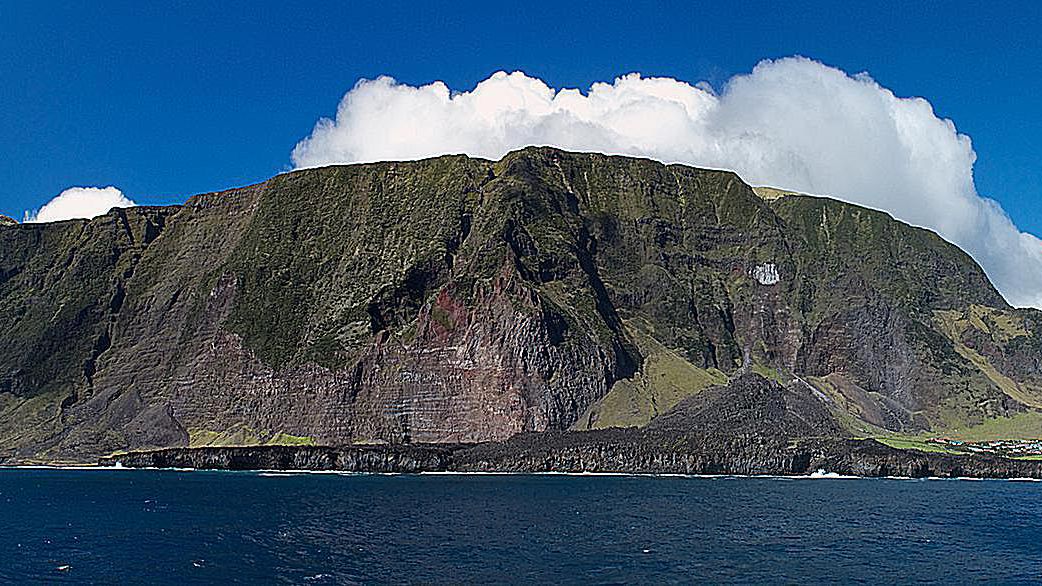 The first permanent resident appeared here only three centuries later, in 1810, and it was, oddly enough, the American Jonathan Lambert. He declared himself sovereign ruler and sole owner of the rights to the archipelago.

In 1815, the Tristan da Cunha archipelago was annexed by the British. The official announcement of the annexation was made on August 14, 1816.

The annexation of the islands was presented as a precaution to prevent Bonaparte supporters from using the islands as a base for a rescue operation to free the deposed Napoleon I from his exile on Saint Helena.

The British were afraid of the rescue operation of the French fleet, besides, the islands were of strategic importance on the way from Europe to the Indian Ocean, since the Suez Canal did not exist yet, it was dug only by 1869. In 1821, Napoleon died, and the garrison was transferred to the Cape of Good Hope.

Since that time, the colony with the nameless village has gradually grown.

Edinburgh of the Seven Seas

It received its current name Edinburgh of the Seven Seas in 1867 in honor of Prince Alfred, Duke of Edinburgh (the second son of Queen Victoria), who visited the island.

And until the beginning of the 1960s, the village with one and a half hundred inhabitants led a communal lifestyle. The land was in common ownership, houses from local boulders were also built together, like everything else.

Tristan was in the 19th century, with no electricity or cars, and only occasionally came whalers to resupply.

However, 1961 radically changed the life of the islanders – the Queen Mary Peak volcano woke up, in the shadow of which they lived.

The British government evacuated the entire local population to England. Everyone who heard at least something about the conditions of life on the island was convinced that, having tasted the benefits of modern civilization, the islanders would remain in England.

But it was not there. Living in a foreign land among people who do not understand the idea of ​​a joint collective economy only rallied the community even more, and after a couple of years, almost all Tristanians returned home.

In addition to electric generators, cars, building materials, some islanders brought new husbands and wives back to their homeland.

In fact, genetic diversity has become a big problem for Tristan da Cunha. Subsequent studies have shown that all the current indigenous inhabitants of the island go back to only 15 common ancestors who settled here between 1816 and 1908, eight men and seven women.

Of these, at least three suffered from asthma, which a century later led to the fact that already 42% of the modern inhabitants of the island have some degree of asthma.

Now in the only settlement of Edinburgh of the Seven Seas, there are about a hundred buildings and 80 families live.

Economy of the island

No more than 300 people live permanently on the island. In comparison with the inhabitants of the UK, the islanders live relatively poorly, but at the same time there is a high level of social equality.

The land, as established by the founding fathers of the colony, still belongs to the entire community, and the decision on its distribution is made collectively.

Agriculture is limited to growing potatoes. Due to the strongest winds that simply blow away the soil here, potatoes have to be hilled almost daily.

The sites are located south of Edinburgh. To travel to their fields, in fact, cars are needed on Tristan. For pensioners without their own car, even a free bus route that runs four times a day from Edinburgh to the potato fields helps. 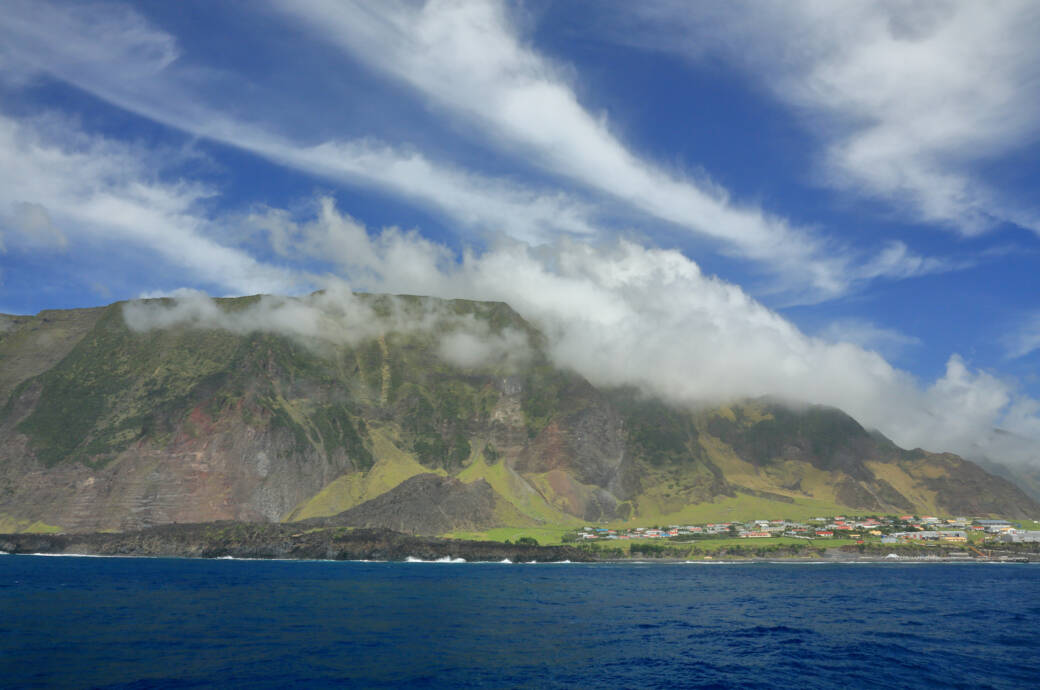 Despite the warm climate, there are no butterflies, reptiles or mammals on the islands. But here lives the smallest non-flying bird in the world – the Tristan shepherd.

At the same time, the ownership of pets is quota, which helps to avoid social stratification and preserve the sparse vegetation cover.

For example, each household has the right to keep one cow and four sheep, and a bird. No one on the island pays taxes, while the population receives deductions from the sale of seafood, namely lobster. Lobster fishing is done by Tristan men.

Every day the weather permits, about 70 days a year, the islanders go out to sea, catch lobsters and process them in a lobster factory. Local lobsters only eat tails.

The cost of catching and cutting lobster turns out to be cosmic, but in the world there are lovers of the local species of crustaceans.

Women are employed mainly in administrative positions related to the infrastructure of the city. At the same time, it is absolutely natural to combine several works at once.

Only hardcore travelers come here, mostly choosing to visit just such hard-to-reach points. Getting to Tristan da Cunha is long and expensive, and there is always a chance to end up with nothing.

There are cases when ships that came to the island in transit, unsuccessfully waiting for several days for weather suitable for disembarking tourists, eventually set off home without making happy the travelers who paid a lot of money.

The reward for the lucky ones will be real hospitality. For families of indigenous people, the arrival of a ship with strangers is both a holiday that brightens up a monotonous existence, and an opportunity for good earnings.