Tropical island in the Andaman Sea near the Bay of Bengal. This is the island of the Sentinelese tribe, hostile and isolated from the civilized world.

Although the island belongs to India, it is territorially closer to Thailand and Cambodia.

The local natives are aggressive and hostile, which means that visitors from outside are not allowed. The islanders prefer to remain isolated, and have shown extreme hostility to all attempts to establish contact with them for several tens of millennia.

These are direct descendants of the first people who came from Africa. They are believed to have maintained their way of life for over 60,000 years. Their language and exact population is still a mystery.

To this day, they use spears, bows, and arrows to hunt, fish, and deal with outsiders. From the leaves they build huts.

Their nearest neighbors are only 50 km away. But this tribe is cut off from the world, and, therefore, this is not a place where you can go on vacation or travel.

To be sure, the curious and inquisitive of our world have tried to contact the natives, but have failed in all their attempts to do so.

In 1967, the Indian Government initiated contact with the Sentinelese in collaboration with the anthropologist Mr. Pandit. They tried to lend a hand of friendship by leaving gifts for the tribe in an attempt to lure them in and gain favor.

However, the natives turned away from government gifts and delegates. The islanders squatted defiantly. Obviously, it was a gesture of insult.

In March 1970, Pandit’s team made another attempt to befriend the Sentinelese, but the natives hurled cryptic words at them.

When a group of scholars tried to achieve understanding and trust with welcoming gestures and words, the tribe responded with shocking gestures – a woman from the tribe approached the warrior, and they lay down on the sand in an intimate embrace; other women of the tribe followed suit.

Surprisingly, there was only one case where scientists did not encounter aggression. On January 4, 1991, 28 men, women and children approached Mr. Pandit and his group.

“The fact that they volunteered to meet us was incredible,” he said. “They must have decided it was time.” But, as it turned out, this conclusion was premature.

The Government of India sent Coast Guard helicopters to Sentinel with humanitarian aid and food to support the islanders. Noticing the helicopter and packages flying down, the warriors of the Sentineles tribe began to shoot at him with bows and throw spears.

In 2006, they showed their intense aversion to contact with “strangers” by killing two Indian fishermen who accidentally got too close to the island in a boat while hunting for crabs.

After several unsuccessful attempts to establish friendly contact with the islanders, after the crimes that occurred on Sentinel, the Indian Government finally retreated.

All visits to the island are prohibited. The Indian Navy has put in place a 3-mile buffer zone to deter explorers and travelers from the temptation to get to know the islanders. Random encounters still happen, and none of them end well.

Last week, on November 16, 2018, American missionary and adventurer John Allen Chao, who paid fishermen to bring him closer to the island, was killed by an aboriginal tribe. He went to them with good will, football and fish. He is believed to have been killed by arrows.

Tribal rights organization Survival International said the killing of the American should prompt Indian authorities to properly protect Sentineles’ lands from outside interference.

Have you heard of the Sentinelese? 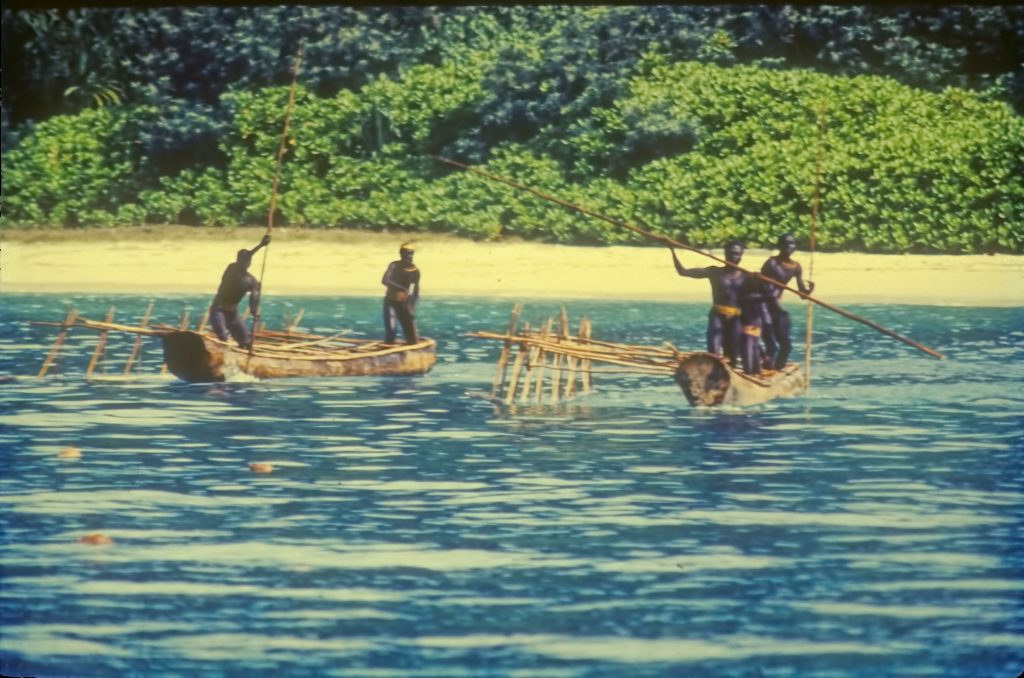 These are the same natives about whom almost nothing is known, because they still did not want to make contact with the civilized world.

For those who are trying to disturb the thousand-year peace of North Sentinel Island, its inhabitants have strong arguments – spears, arrows and axes. In any case, such Sentinelese appear in popular publications. And this is true.

We need to talk about the Andamanese – the indigenous population of the Andaman Islands, a group of peoples to which the Sentinelese belong.

They belong to the Negrito race – small black-skinned curly-haired people who inhabit the tropics of Southeast Asia and some islands in the Indian Ocean.

Based on their appearance, they were once considered related to African pygmies, but now it is clear that the resemblance here is convergent: genetically, the Negrito is much closer to other Asian populations than to any Africans.

The word negrito probably comes from the Spanish “little negro”. According to one version, early explorers mistook the Andamanese for slaves who survived the wreck of a slave ship from Africa.

A common feature of the Andamanese, in addition to dark skin and extremely curly hair, is their very short stature: men average 148 cm, women 137 cm. The Sentinelese give the impression of being taller, but no one has ever measured their exact height.

In addition, Andamanese women are characterized by steatopygia – increased fat deposition on the buttocks, which makes them similar in this regard to the South African Khoisan.

A much less known, but no less unique feature of the Andamanese is their elevated body temperature, for which they hold world records.

For an Andamanese, a temperature above 37 degrees is the norm, some members of the Onge tribe even maintained it at 38, while feeling great. There is a version that such a feature is a protective mechanism against malaria.