Exotic corners of the Earth and beckon adventurers. The islands are the most popular among tourists. After all, it is there that you can fully feel the unity with nature and enjoy its beauties.

Sometimes a trip to such places can be not only exciting, but also dangerous. After all, some islands carry a mortal danger.

Poveglia is a small island located between Venice and the Lido in the Venetian Lagoon in northern Italy. Starting in 1776, for over 100 years it was used as a quarantine station for people suffering from the plague and other diseases, and then as a psychiatric hospital, which was closed in 1968. Since then, the island has remained abandoned.

Bikini is an uninhabited atoll in the Pacific Ocean, part of the Marshall Islands. Consists of 36 islands with a total area of ​​6.01 km². Between 1946 and 1958, the United States detonated 23 nuclear weapons here, with a total yield of more than 42 megatons.

On March 1, 1954, the first and most powerful (15-megaton) US hydrogen bomb, codenamed “Castle Bravo”, was detonated on Bikini Atoll.

The explosion turned out to be 8 times more powerful than expected, it caused widespread radioactive contamination near the lying territories. 23 Japanese sailors aboard a fishing boat were also in the affected area, one of them died in September 1954.

Miyakejima is a volcanic island in the Izu Archipelago in the Philippine Sea, about 180 kilometers southeast of Honshu, Japan. At its center lies the Oyama volcano.

As a result of the eruption of 2000, caused by an earthquake, poisonous volcanic gas began to seep from its crater. The entire population of the island was evacuated for a period of 4 years and 5 months.

But despite the completion of the evacuation and the opening of the tourist season, the release of gases from the crater does not stop until now.

Queimada Grande is a small island in the Atlantic Ocean, 35 km off the coast of the Brazilian state of Sao Paulo. It has an area of ​​about 0.43 km².

Due to the presence of so many reptiles, there are no mammals on the island. It is believed that about 430,000 individuals live here.

For this reason, as well as for the sake of preserving flora and fauna, the country’s authorities prohibit visiting the island, which is included in the list of the most dangerous places on Earth. Currently, only people with special permission can access it.

A rather unpleasant story is connected with Ramri Island in Burma. During World War II, the Japanese were defeated by the British and tried to escape through the swamps of this island, but were attacked by combed crocodiles.

British soldier and naturalist Bruce Stanley Wright, who participated in the battle, reported that of the more than a thousand Japanese soldiers who were on the island, the British captured only 20 who were in a state of shock. The remaining 1215 were torn apart alive by crocodiles.

Eniwetok is an atoll in the Pacific Ocean (Marshall Islands). Consists of about 40 islands with a total area of 6 km². Population – 664 people (2011).

Prior to its capture by the United States in February 1944, it was owned by Japan during World War II. In 1948–1958, it began to be used for nuclear testing. Approximately 43 nuclear weapons tests totaling over 30 megatons of TNT.

Reunion is in the ranking of the most dangerous islands on the planet. It is located in the Indian Ocean east of Madagascar, an overseas region of France.

Surprisingly handsome. However, a huge number of sharks live in its waters. So, in 2011-2015, seventeen attacks were recorded, seven of which ended in death. In 2013, the island introduced a ban on swimming, surfing, etc.

Gruinard Island is a small oval-shaped island off the coast of Scotland, approximately 2 km long and about 1 km wide 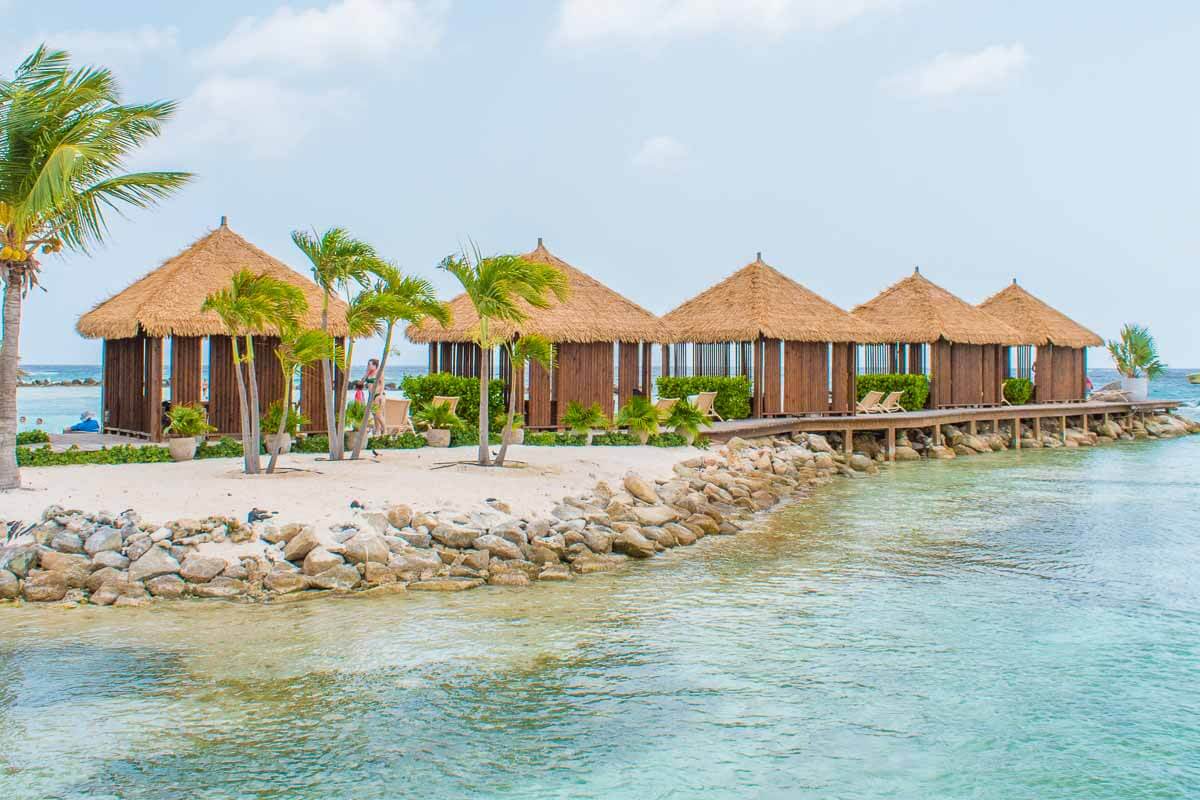 Until the end of the 20th century, it was dangerous for all types of mammals to live because of the tests of biological weapons, namely anthrax, by British military scientists during the Second World War.

North Sentinel is one of the Andaman Islands in the Bay of Bengal. The Sentinelese tribe lives here, which very aggressively rejects any contact with the outside world.

Their number in 2018 is estimated at 50-400 people. This is one of the last tribes that has not yet come into contact with civilization.

In order to prevent the natives from contracting diseases to which they are not immune, the Government of India has declared the island and its surrounding water area a restricted area.

Interestingly, the Sentinelese repeatedly attacked approaching ships. This resulted in the deaths of two fishermen in 2006 and American missionary John Allen Chau in 2018.

Vozrozhdeniye Island is a former island, now a peninsula in the southwestern part of the Aral Sea. Territorially divided between Kazakhstan and Uzbekistan.

From 1948 to 1991, a secret Soviet biochemical laboratory operated here, where, according to unconfirmed reports, bacteriological weapons were tested (including anthrax, smallpox, plague, brucellosis and tularemia).

However, when in the 1990s information about the danger of the island was declassified by one of the Soviet defectors, all the people living on the island (about 1500 people) were evacuated; civilian and military infrastructure were abandoned and Kantubek became a ghost town.

It is striking that many of the containers containing biological agents were not even properly buried or destroyed until 2002.

It was unofficially nicknamed the Snake Island. The island is located off the coast of Brazil. Landing on this piece of land is prohibited.

It is literally teeming with poisonous snakes. The island botrops is considered the most dangerous inhabitant of this place. Its bite can cost a curious tourist their life.

That is why the island of Queimada Grande is in the lead in our today’s anti-rating.