We often associate distant tropical islands with paradise life: they have ideal beaches, there is no city fuss, here you can spend hours basking in the shade of palm trees, enjoying the splash of water and the surrounding beauties. Of course, the most beautiful islands in the world are not all the same.

The beauty of some is largely determined by the sea, its color, the purity of the water, the colorful life of coral reefs. Others are good for the riot of tropical forest greenery, the fragrance of amazing flowers. And they are also located in various parts of the world: the Seychelles and the Caribbean, Capri near Naples, Tyre.

The Philippine island province of Palawan is quite worthy of being called a paradise. It stretches southeast towards the island of Borneo. The islands abound with white limestone peaks that seem to rise out of the sea.

The water in the sea is so transparent that it seems that you can count all the fish in the ocean. As if calling to relax and unwind, the measured rustle of palm leaves and hospitable snow-white sand.

The islands are densely overgrown with greenery, and when you go down under the water, you can see an impressive picture of a coral reef teeming with all sorts of tropical marine life.

It is no coincidence that Palawan is considered one of the best places on the planet for diving under water. Also interesting are the local fishing villages and lakes with emerald water.

The pearl of Palawan was an underground river flowing under the territory of the national park and a huge labyrinth of karst caves that formed near it. 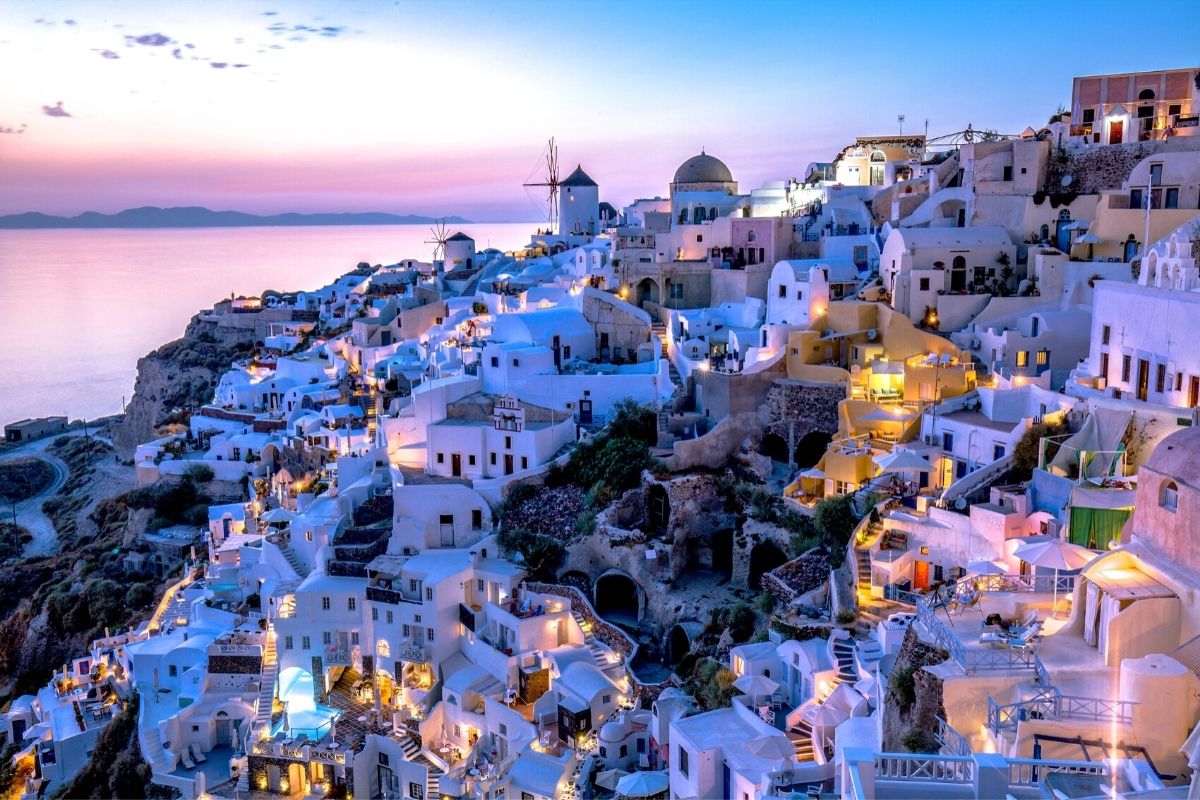 There are a huge number of islands in the Aegean Sea, but Santorini (Thira) should be called the most attractive of them. Here, next to the volcanic rocks, there are white villas, and the blue domes of churches are reflected in the sparkling turquoise sea surface.

The air here is clean and humid, easy to breathe. At the top of a black volcanic rock is the picturesque village of Firai Oia, which literally all tourists try to photograph.

Archaeological excavations are being carried out on the islands of Thira, since in ancient times there were cities here before the explosion of the volcano. On the black beach of Perissa, it is good to watch beautiful sunsets.

Bali has an exotic local culture that is very attractive to tourists. Hindu temples smell of incense, rice fields beckon with bright greenery, and the local cuisine is very good. In Bali, you can do a lot – swimming, surfing, just sunbathing.

Visiting Ubud, you can touch the spiritual life of the island, and tourist life is in full swing in Kuta. An interesting outing to the neighboring volcanic island of Lombok, where you can find a lot of interesting things.

Off the coast of Croatia in the Adriatic are the surprisingly calm and charming Dalmatian Islands with a rich history. Boutiques and unusual villages coexist on them.

A special place in the archipelago is occupied by the island of Brac, on which the famous Golden Horn beach is located. Gothic temples were built on the island of Hvar, in the old, car-free city, there is a picturesque fishing harbor from which you can get to the Pakleni islands, famous for secluded bays and clear water. 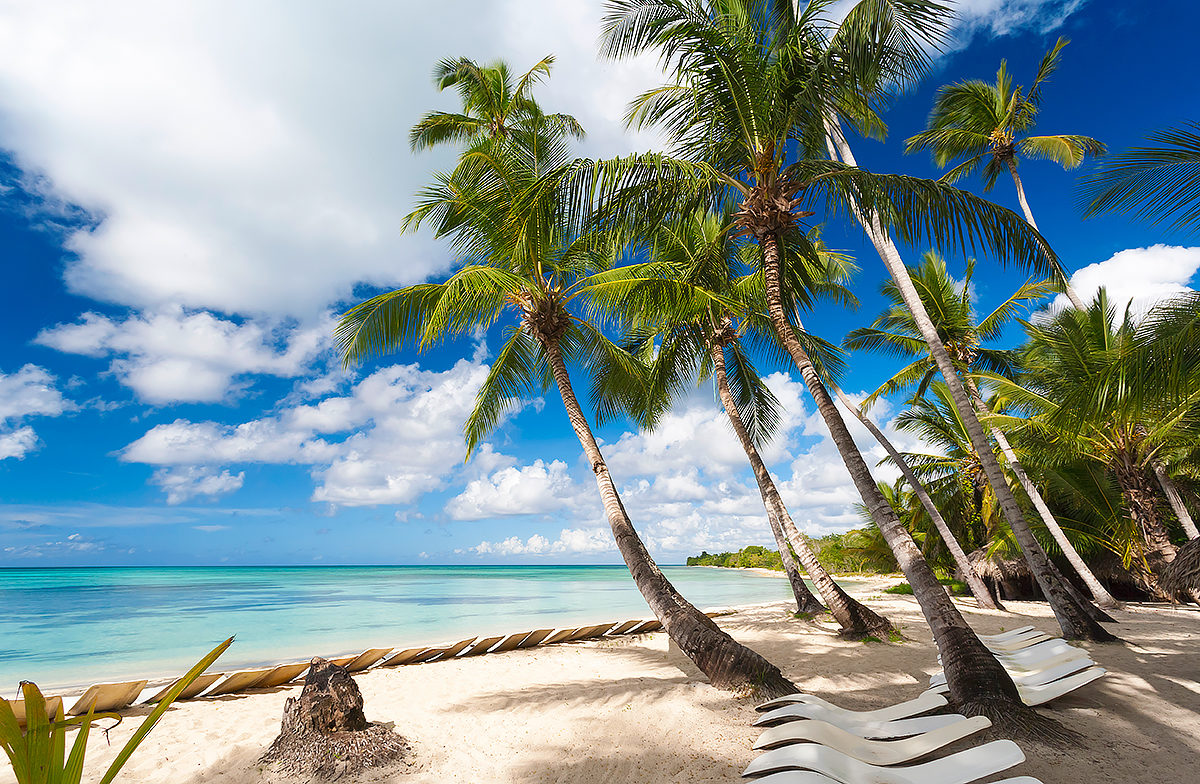 The local population here is not only smiling and white-toothed, but also very hospitable. All year round you can go fishing, scuba diving, surfing or just lazily swinging in a hammock.

The archipelago includes more than 300 islands, with a lot to offer – luxurious celebrity bungalows, family resorts and deserted wild beaches.

This Hawaiian island is also called the “garden”, because for the most part it is covered with dense rainforests. Waterfalls break through the crevices of volcanic rocks, the intoxicating aroma of luxurious tropical flowers hovers in the warm dense air.

No less beautiful is the coast of this island. Created by a volcanic eruption, this island has preserved bizarre stone ridges of solidified lava, and dizzying cliffs rise above magnificent beaches.

Bright tropical fish and turtles swim in the coastal waters, which divers from all over the world come to see. Kauai is less populated and noisy than the islands of Oahu and Maui, life on it is more measured and calm. On the island, in addition to the coast, you can admire the sharp rocks covered with fog or the 10-kilometer-long Waimea Canyon.

In the Thai province of Krabi there is a small archipelago of Phi Phi. Here, impressive limestone peaks rise up from the warm sea, and sea waves lazily break on the snow-white coast overgrown with palm trees.

People remember well the devastation brought here by the terrible tsunami of 2004, but now the island of Ko Phi Phi has healed its wounds.

By the way, a famous film about a tropical island starring DiCaprio was filmed on the neighboring island of Phi Phi Le.

From other entertainments, ordinary and scuba diving, surfing are available here. There are many who want to get to the Monkey Coast, where arrogant macaques live, demanding sweets from travelers.